This is the 3rd and most probably the last comparison I will do for P3Dv2. It has become apparent that my tests are considered unrealistic, and bogus if you will. The thing is, I read many forums, including the biggest ones too, and I see many negative reactions to my tests. I see also many happy simmers out there, and I don’t want to the one to sour the apple.

The thing is, P3Dv2 isn’t at all that bad, as some have come to conclude from my tests. People, I do the test, I look at the results and share them with you. Nothing else. And this test was actually a positive one, but more on that later.

This test was constructed to see the difference between the sims when using addons. I have chosen two really great products that I own:

Let’s begin with showing off my basic situation, from which I conducted the test: 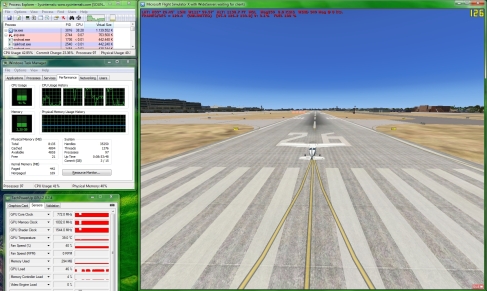 And the settings used: 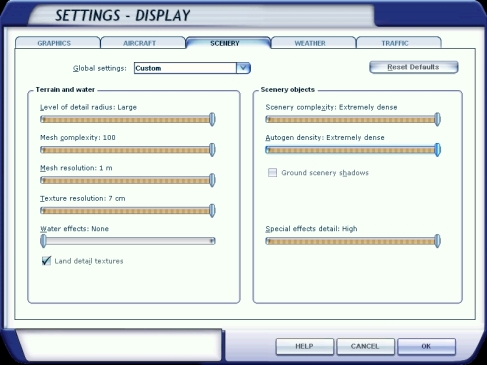 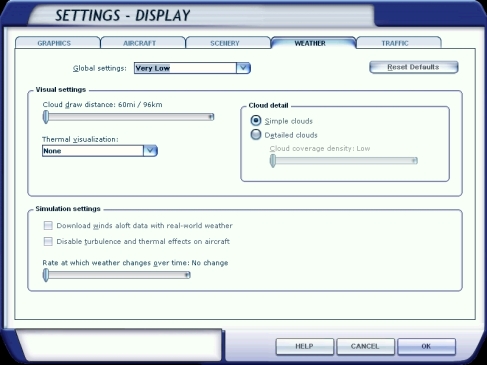 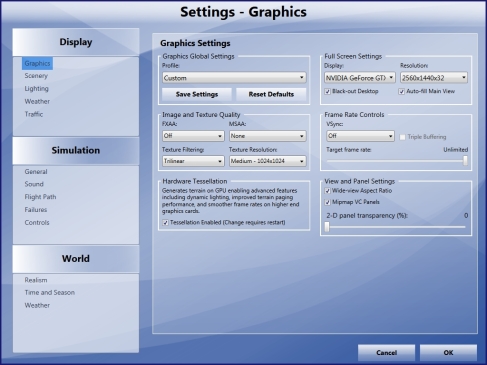 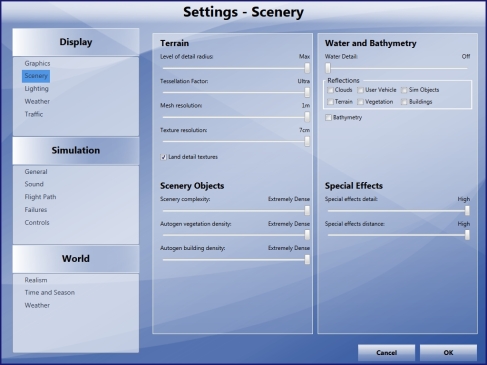 As you can see, autogen is maxed, scenery is maxed, GPU stuff is turned off. In both sims, I have comparable settings (no, autogen is NOT comparable, but max nonetheless).

Well, I can only say disappointing. Or, is it?

Now let’s do another another small step, which I admit didn’t want to do, but did it to really compare apples to apples. Let’s try what happens if I remove ALL the tweaks from FSX, and leave stock FSX + these addons. And for the sake of being correct, I made a screenshot with both mouse off and mouse on the sim results, as we all known that mouse on lowers the FPS in FSX. 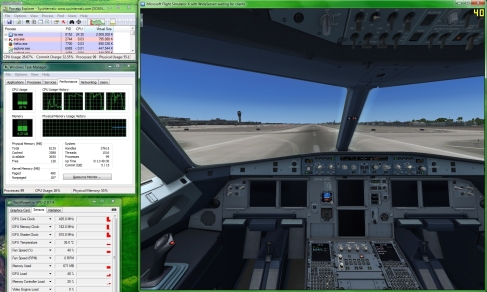 And this is what I was talking about before.

P3Dv2 actually performs on par with UNTWEAKED FSX. Not better, not worse. So LM team did a good job of importing many good stuff into the sim while retaining the performance of the STOCK FSX.

With my guide, users have become used to having good performance in FSX, under certain conditions of the tweaking guide.

I also now do understand why there are users out there reporting great results with P3Dv2:
These people are MOST LIKELY those that never had anything better than stock FSX running and were used to poor performance. To them, P3Dv2 is god-given, if it has no bugs. It is smoother than FSX, retains the “low” FPS number and it retains it steadily. But since I have a highly tweaked FSX, my FSX is performing better than P3Dv2 does. And the tweaks aren’t really working in P3Dv2.

To even throw a twist into the whole performance thing, I hit the situation with and manual overcast via weather page, and got this:

As the conclusion, I will simply say this:
If you had FSX running well and tweaked according to my guide, P3Dv2 is most likely going to be a slight disappointment. It will perform slower when it comes to FPS.
However, if you did not, P3Dv2 will be a joy, since the performance is same (or maybe even better?) and the stability is given or coming.
They still need to fix some quirks and give it Nvidia support, but to achieve the tweaked FSX level, they will need something else. Whatever that might be.

This entry was posted in Testing. Bookmark the permalink.